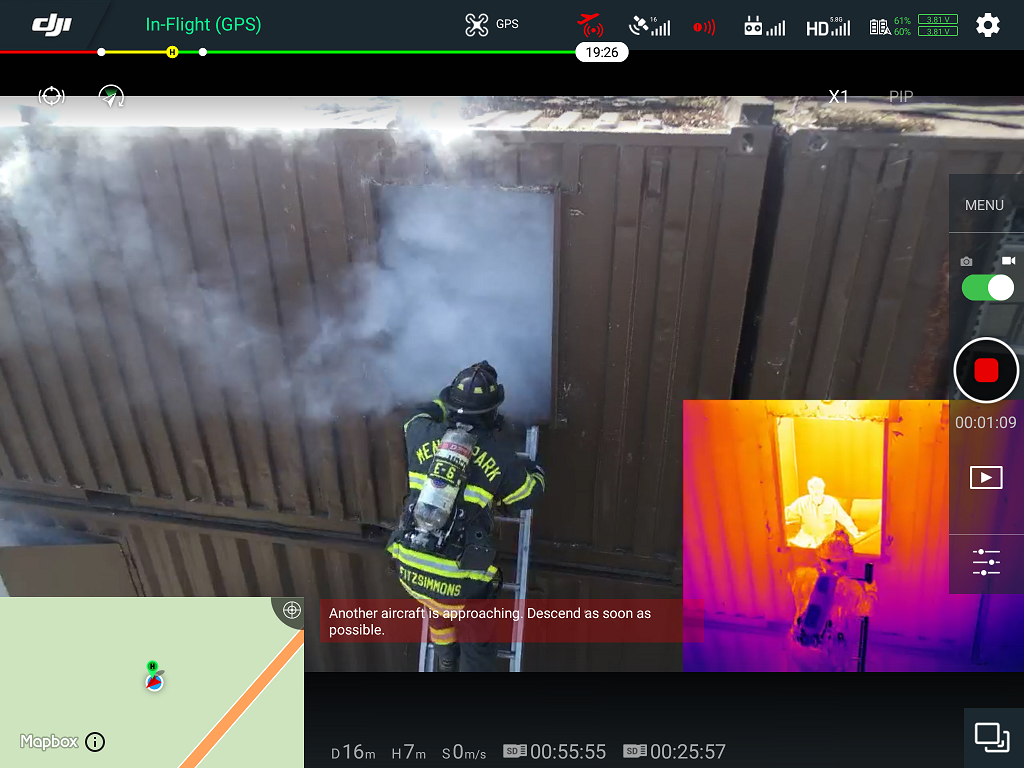 Drone company DJI is expanding its efforts in the commercial sector with a new thermal imaging camera and a payload software development kit (SDK) that will allow startups and developers to integrate custom gear onto DJI drones.

The Zenmuse XT2 thermal imaging camera, developed as part of an ongoing partnership with FLIR Systems, builds upon the original Zenmuse XT which was released in 2015. Side-by-side visual and thermal imaging sensors have been designed with emergency services and disaster recovery in mind, allowing operators to capture heat signatures otherwise invisible to the naked eye. QuickTrack mode centers the camera on a selected area, while HeatTrack automatically detects the hottest object in view. The on-board Temp Alarm interprets thermal data in real-time, alerting drone operators if an object exceeds critical thresholds.

DJI’s new SDK, meanwhile, is another boon to the industrial use of drones. Startups and gear manufacturers can now develop payloads specific to their customer’s needs, thanks to what Jan Gasparic, head of enterprise partnerships at DJI, calls a "powerful, flexible and standardized platform which customers from different industries can build upon." The potential uses for commercial drones is almost unlimited — indeed, the company earlier this month signed a deal to provide Skycatch imaging drones to a Japanese construction firm — so it seems DJI is wasting no time placing itself at the center of this expanding field.