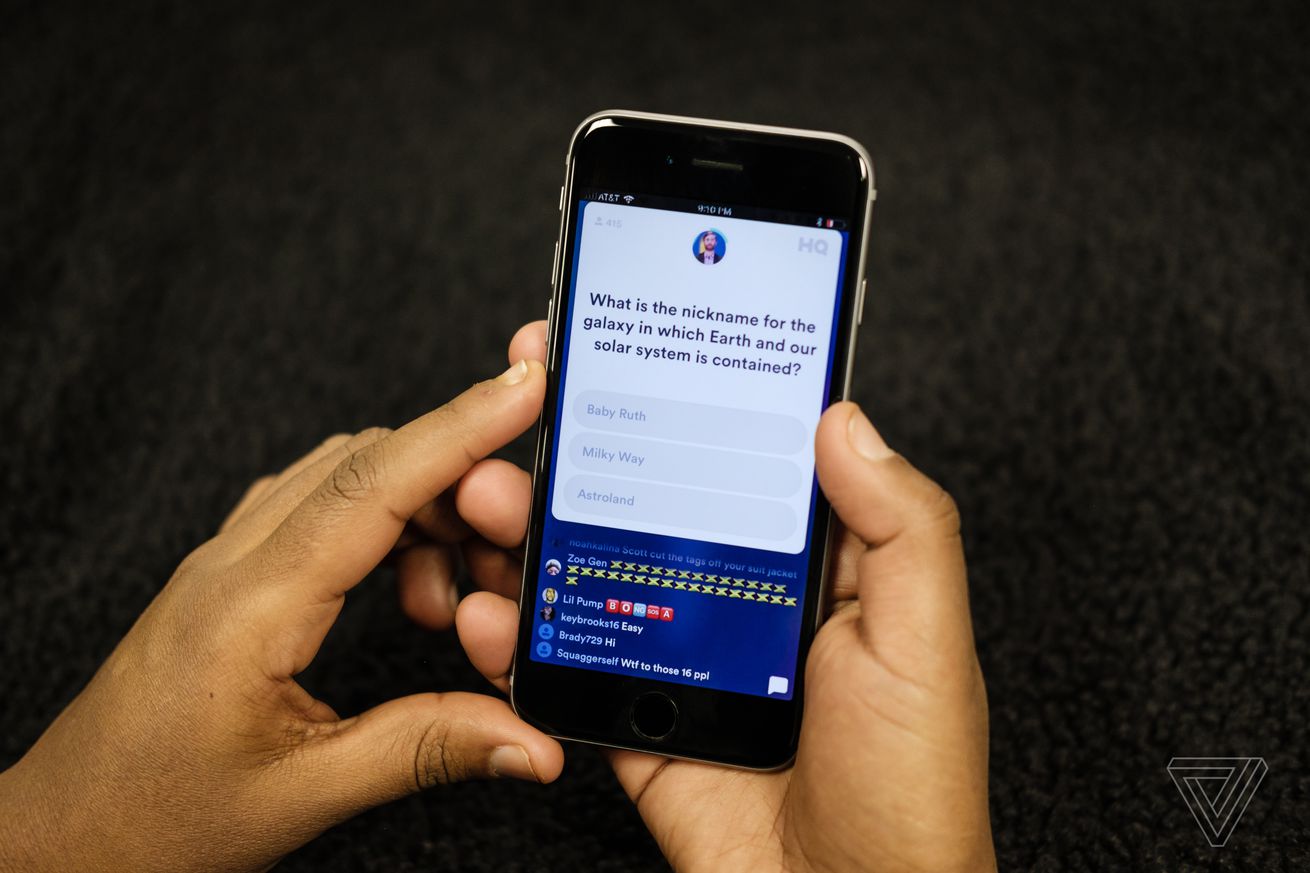 Mobile trivia game show HQ has landed its first high-profile pair of sponsorships slated to debut this week: a Ready Player One tie-in courtesy of Warner Bros. and a surprise giveaway in conjunction with Nike’s celebratory Air Max Day. The marketing deals mean HQ, which hosts twice-daily live trivia games that give away real cash, will be more than able to cover the cost of larger-than-normal prize pools on top of experimenting with its ongoing and unprecedented live video format.

According to AdAge, which first reported the news of the RPO deal, HQ will host a $250,000 game this Wednesday that will feature questions related to the film adaptation of Ernest Cline’s VR-focused pop culture love letter. It’s not clear if HQ will also run trailers for the film, which comes out on March 29th. The deal is reportedly worth $3 million. In the case of Nike, MacRumors reports that HQ will host a surprise third game today with a $100,000 prize pool and a 100-sneaker giveaway, billed as “a prize that money can’t buy.”

These sponsorship deals and the numbers attached sound pretty standard for the realm of TV, but HQ is a different animal entirely. It’s a hybrid technology, game, and live video product, and its sustained success and viewership prove that Vine co-founders Rus Yusupov and Colin Kroll didn’t just hit a momentary home run only to watch their new product fizzle out. HQ is repeatedly roping in more than 1 million players. Thanks to clever Sunday night special games that reward a single player with the entire prize pool, HQ games have hit a record-high viewership of 2.2 million.

So what was once a fairly fraught business model, in which HQ funneled millions of venture capital money straight into its players’ pockets in the hopes that it could build a big enough audience, has rightfully transformed into a viable new media platform. It would seem likely that HQ has — or will very soon have — more advertisers lining up to work with the company on crafting custom trivia questions, ad spots, and any number of other marketing tie-ins. And unlike other video or gaming products in which advertising feels grafted on and exploitative, every HQ viewer starts out as an active player. That makes it that much easier to ignore the obvious advertising when prize money remains on the line.

We don’t know where HQ’s viewership will top out or whether the company can continue upping the ante with bigger prize pools and new game design ideas to get more people coming back on a daily basis. And it’s clear HQ is not the viral craze it was at the end of last year when it felt like everyone was playing. But the company has created a sizable and consistent audience, and it makes total sense that advertisers are now more eager to know if the twice-a-day live-streamed mobile show is a sound investment of ad dollars.